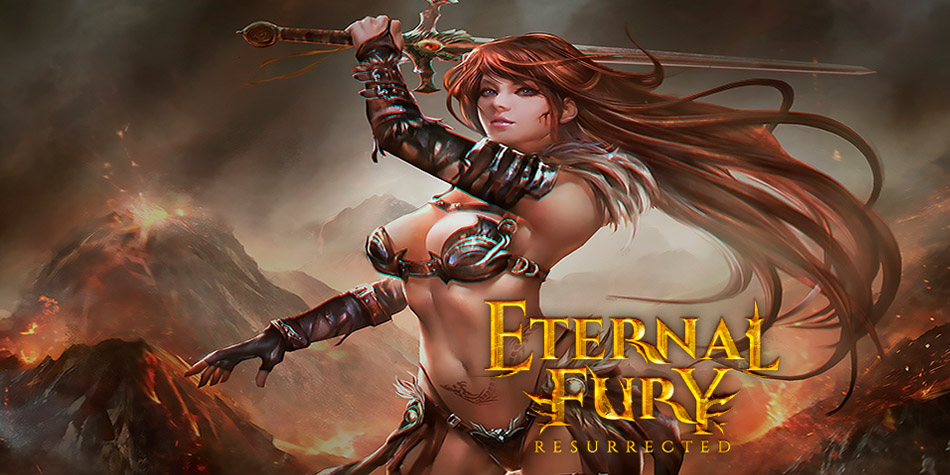 Protect peace in the human world from the Underworld Forces!
Play now

Join the battle against evil demons in Eternal Fury: Resurrected!

The free-to-play browser game Eternal Fury: Resurrected is a unique gaming experience combining strategic turn-based RPG gameplay with SLG action and immersive storytelling. With hundreds of distinct locations, constant thrilling battles against monsters, and a plethora of quests, you will have lots to explore.

One of the main focuses of the RPG is creating a loyal army. Always be on the lookout for new mercenaries to hire. Let them join your cause and train them in your castle. There are many different types of troops whose unique skills will strengthen your army. And if you don’t forget to upgrade your forces regularly, you will make your army unstoppable.

But there’s a lot more to explore in Eternal Fury: Resurrected. The RPG lets you study technology, forge equipment, and summon the ancient heroes of light. Even after dozens of hours of playtime, you will feel like you’ve barely scratched the tip of the iceberg. Both casual players and the most experienced gaming veterans will be marvel at the fast-paced and dynamic tactical combat system in the free-to-play fantasy game.

Eternal Fury: Resurrected also features thrilling PVP gameplay. There’s a cross-server arena in which you can battle it out against players from all over the world. But there’s also PVP campaigns in which you are tasked to capture neighboring territories. Seize another player’s castle and steal their riches.