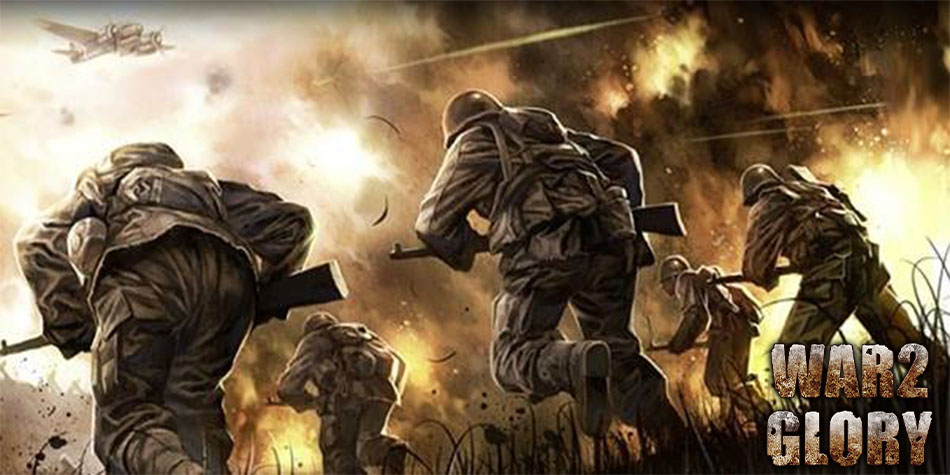 Players become the Commander of a small city and must build, defend, trade and expand to be succesful! Commanders must be shrewd Mayors and brilliant Generals, developing your Cities Industries to fuel your Armies, which are used to expand your sphere of influence and bring Glory to your name!

War2 Glory tests your ability to lead an manage an empire. Will you buckle under the pressure or forge your own path to greatness? Take the fight to the enemy on land, sea and air with over 40 units at your disposal.

Don’t neglect the Home Front! Without the proper supply of raw resources, your glorious campaign will stop dead. Nurture your City and prepare it for the rigors of war….grow food, produce steel and oil, train troops, assemble vehicles and recruit Officers, Generals and even legendary War Heroes.

A comprehensive Quest log will introduce you to the game and reward you for mastering Combat, Production and Politics, yielding access to unique items and equipment!

War2 Glory has 40+ individual units, 18 buildings and 21 Technologies! Get to grips with what they do and how to use them in this section.

Enter combat prepared by Scouting your enemies! Make sure you know how to fight! Officers lead your armies and defend your Cities, they're abilities are very important, find out how to tell the General from the Private!

Divided we fall, United We Stand! Join an Alliance for mutual-protection, co-ordinate devastating attacks against your enemies and take part in the PvP-only Alliance Campaign. 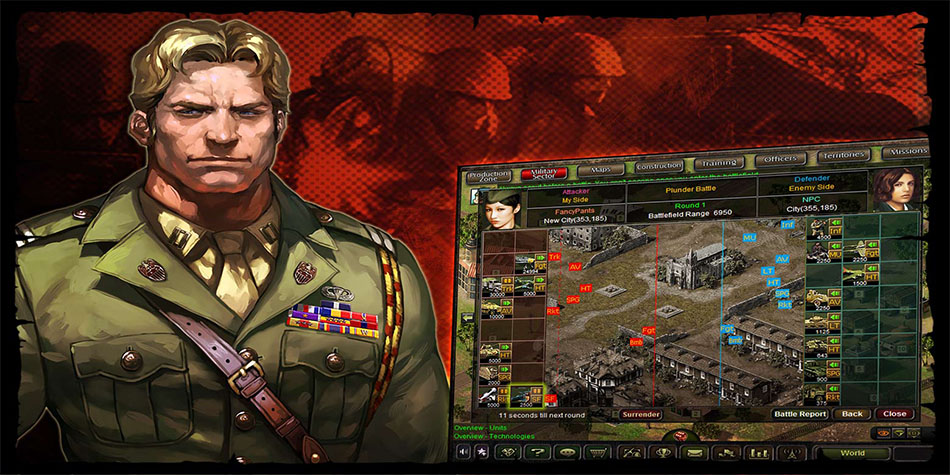 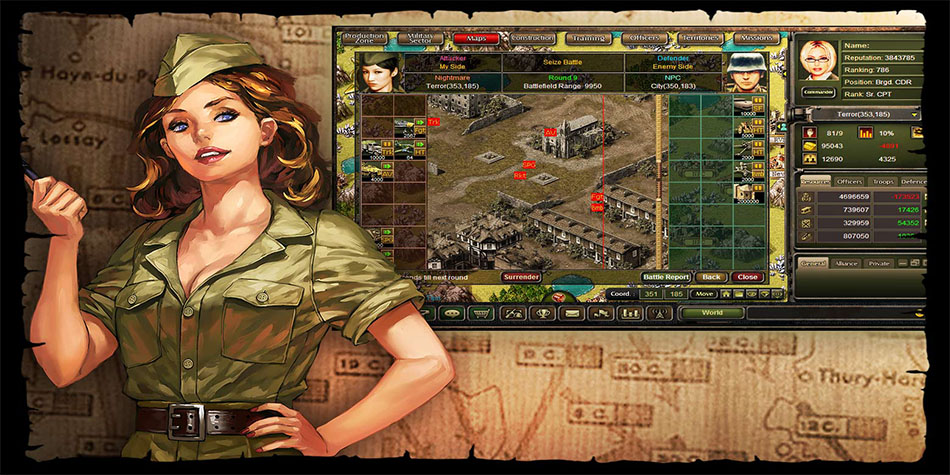