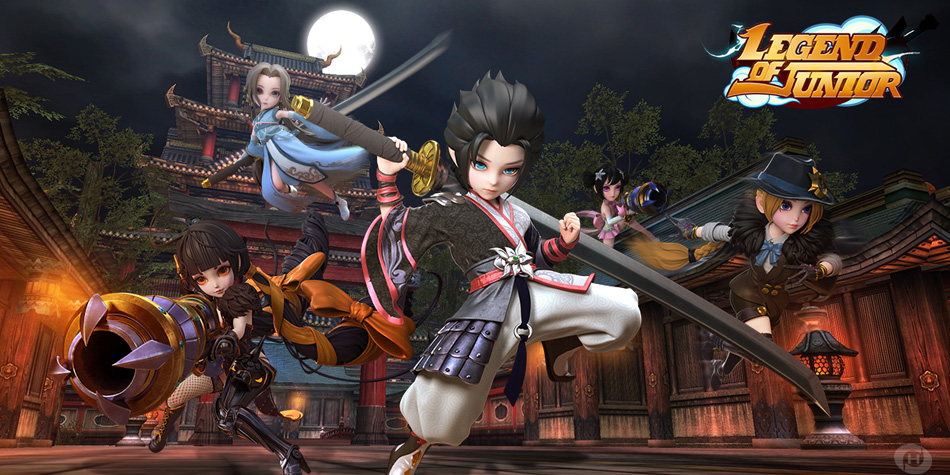 Legend of Junior is a free to play browser-based MMOARPG based on Chinese Wuxia stories and themes, martial arts, magic, and much more.
Play now

Get ready for adventures, high flying martial arts, battles for honor and respect, and high romance! Travel to secluded cities and forgotten forests, fight battles for the future of the world, and drive back the darkness!

The first decision new players need to make is whether to play the fire-wielding hero or the frostbringing heroine. Like many Chinese MMORPGs, a character’s class is gender-locked, but fear not: either character is free to experience all the game content. Both characters are masters of the blade and many other forms of martial arts, and have a wide array of single target and AOE abilities at their disposal.

Legend of Junior offers plenty in the way of content. There is of course the usual MMORPG fare like completing quests or joining a guild, but there are also numerous special in-game events to give players new things to experience and new rewards to win. Players can also fight in PvP battles, collect helpful NPC characters known as “attendants”, just hang out and chat with friends, or even get married in-game if they should so choose.

Your character advances by completing quests and other in-game activities. By doing so, your character’s skills can be improved and upgraded, making them better able to face tougher and tougher challenges. A character’s gear can also be upgraded, and the timing of these upgrades is a big part of gameplay. The better your skills and gear, the better you’ll be able to take on tougher enemies and quests, which will in turn lead o better upgrades. Choose wisely.